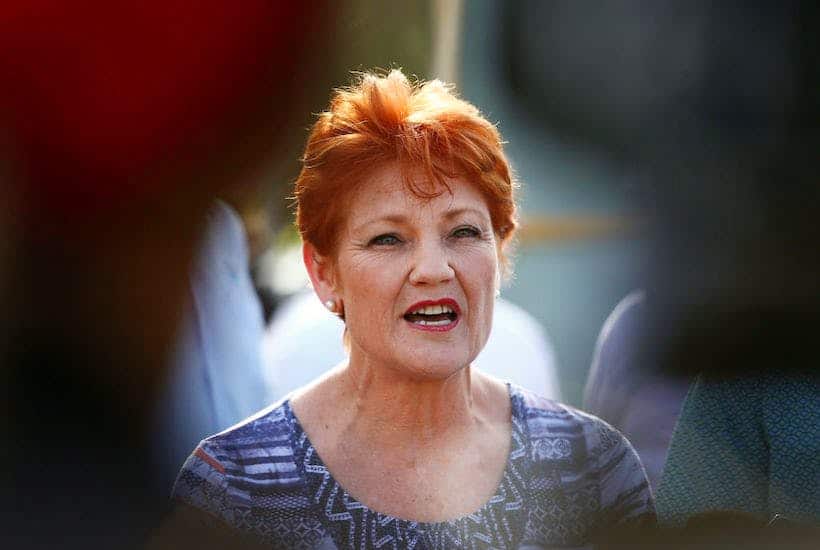 The Jess Rowe Big Talk Show Podcast is BIG but not big enough to include alternate views, apparently. Journalism is supposed to be unbiased. It’s supposed to open up a dialogue that many people will disagree with.

Former TV personality Jess Rowe made the choice to interview Pauline Hanson on her new podcast.  They discussed family, love and Hanson’s time in jail. But the woke scolds on the Left weren’t happy with the interview and Rowe received severe backlash across social media.

Instead of having some vagina and standing up to the vicious mob, Rowe predictably pulled the podcast and posted a schmaltzy apology on Twitter.

There has been much reaction and comment to my podcast conversation with Pauline Hanson today. Pauline’s political views are the opposite of mine. I have never agreed with her on those issues. Never will. Kindness is at the heart of who I am.

You’ve gotta love how Rowe makes Hanson out to be “the other” while she unashamedly gushes over her own goodness and kindness. It’s quite nauseating.

Amongst the comments today I heard from some who I admire enormously including Nakkiah Lui and Grace Tame and I want to thank them especially for their candour. This will be the start of a bigger conversation for me and with those who this topic directly affects. I’ve asked LISTNR to remove the episode ASAP. Thank you everyone.

There were many reactions to Rowe’s apology on Twitter, some congratulated her for deleting the Hanson podcast and others criticised her decision but Indigenous leader and politician, Nyunggai Warren Mundine summed it up best.

Gutless. You are supposed to be a journalist. You only listened to the cancel free speech mob.

Well, if Rowe’s antics aren’t the best publicity stunt of 2021, I don’t know what is. Rowe would have been fully aware prior to the podcast that an interview with Hanson would cause a storm, which is precisely why Rowe proceeded.

But hey, stuff dignity and professionalism. It’s all about narcissism and clicks.