Sesame Street makes us the muppets 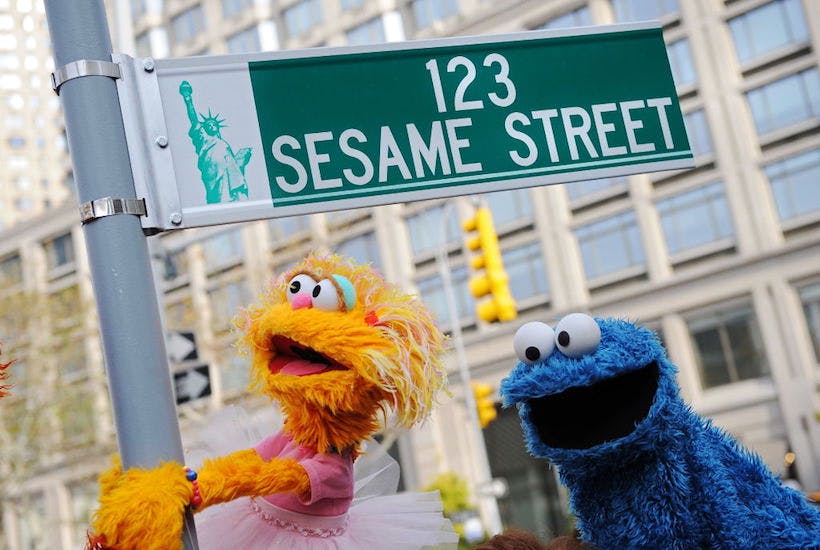 Big Bird from Sesame Street has just had his Covid 19 vaccination and we can all rest easy in the lead up to Christmas knowing this information. Earlier this month, Big Bird tweeted:

I got the COVID-19 vaccine today! My wing is feeling a little sore, but it’ll give my body an extra protective boost that keeps me and others healthy.

Big Bird has been trending a lot this month, only a fortnight ago, there was some fake news swirling that Big Bird had come out as transgender. It all turned out to be BS but in this PC-on-steroids era — no one would have been surprised.

I mean, some years back, the Cookie Monster ditched his cookie-gluttonous lifestyle for more veggies to inspire children to eat healthily. And I’m pretty sure in years to come, the Cookie Monster will turn to full veganism and start lecturing kiddies about the evils of eating meat.

But that’s not all that’s been happening on Sesame Street recently.  Earlier this year, two new black Muppets were introduced to the cast to teach children about race and racism.

I used to watch Sesame Street as a kid with my Mum and I wasn’t even aware that the Muppets had ethnicities.  I loved them for who they were. Their skin colour and where they came from were irrelevant.

It seemed other people on Twitter were just as confused as me.  African-American, Dr David Johnson tweeted:

1. Are there no longer live actors?

2. It’s telling that despite Muppets being all manner of green, fuschia & orange that they are still considered default white thus Black Muppets are needed.

Wait, were there white Muppets? Asian Muppets? Hispanic Muppets? On Sesame Street? I thought ethnicity was left to the humans, and the Muppets were just Muppets?

But are we really that surprised that children’s television is becoming politicised?  Political commentator Ben Shapiro interviewed hundreds of Hollywood insiders for his book Primetime Propaganda and said Sesame Street is fundamentally a vehicle for disseminating left-wing doctrine.

As I finish writing this piece, I see a Korean Muppet Ji Young has recently joined the cast of Sesame Street — and not even Waleed Aly is impressed.