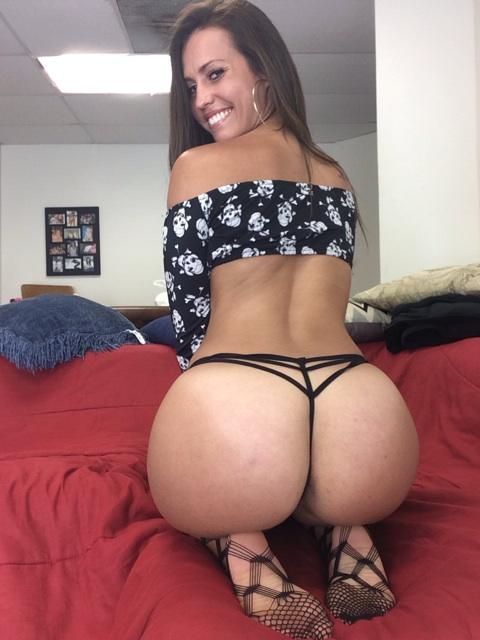 I’m a woman who loves double penetration and I make no apologies.  There’s nothing more pleasurable than having my pussy and anus pounded simultaneously by two hard cocks.

Unfortunately, DP is a sexual act that is rarely discussed.  Just type it into Google and all you will find are links to porn-clips.  Where are the fucking articles?  Why isn’t this topic being discussed?

I was 19 when I was first double-teamed.  To say that I was overwhelmed is an understatement. At that point in time, I was unaware that sexual pleasure could reach such heights.

I’m now in my 30s and have been DP’d numerous times.  Why? Because double penetration is the epitome of joy.  It turns out that this sexual act is an orgasm factory.  Whilst they grind away at my orifices, I advance towards euphoria in a clouded daze.

PARTY OF THREE:
A woman’s body is the venue for double penetration.  Her pussy and arsehole are the party-snacks.  As a bloke — all you have to do is RSVP and bring-your-own erection.

FULLNESS:
Being chock-a-block-with-cock is the biggest turn-on.  Your entire lower-body feels full to the brim.  Once you have a penis in each orifice — you’re not going anywhere.  You’re at the mercy of two wolves who will hammer you unapologetically.  It’s like being the prey of savages.

THE HUMAN DOUBLE-ADAPTOR
Pleasuring my sexual partners is of the utmost importance.  There is nothing more arousing than hearing the moans of the two men who are currently plugged in.  I’m yet to come across a man whose mind doesn’t dissolve to mush whilst participating in this act.

***
As a woman who is pro-dp, it disappoints me that this act has been left in the dark.

Shouldn’t we be discussing double penetration in a sex-positive way?

Shouldn’t we be promoting the orgasms DP causes for both genders?

I suggest all men and women try DP — if only once.  Below are my personal rules when it comes to the act:

Hopefully I’ve moistened your orifices and hardened your cocks.  I’ll see you on the other side!

This column appeared in the July 2016 print issue of Maxim Magazine. 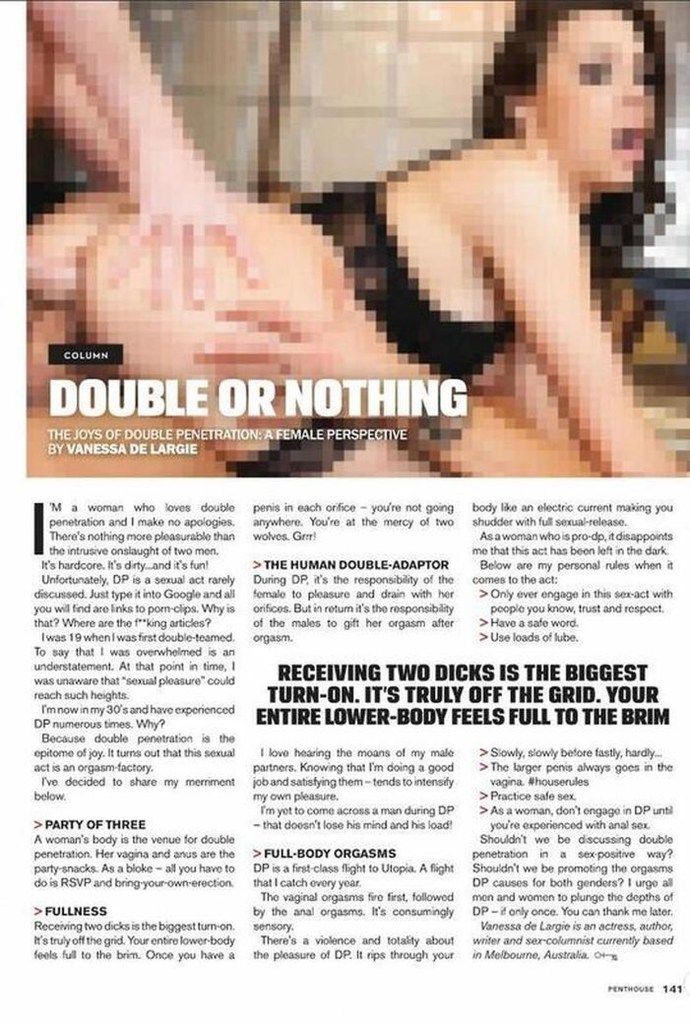